South India includes most of the Western Ghats, the mountain chain that runs parallel to the west coast as far north as south Gujarat. This area, also known as the Sahyadris, receives high rainfall, and its montane cloud forests strongly influence the overall Indian monsoon. The unique shola ecosystem of tropical evergreen forest patches amongst high altitude montane grasslands, reaches a peak of almost 2,700 m in Eravikulam National Park in Kerala. The entire 1,600 km range is interrupted only by the 30 km wide Palghat Gap, separating the Nilgiri Hills to the north from the Anaimalai Hills to the south. This has acted as a barrier and isolated populations of some birds, resulting in species diversification, such as with the White-bellied Shortwing, now recognised as Nilgiri Sholakili north of the gap, and White-bellied Sholakili to the south; and with the now four species of Chilappan, formerly Nilgiri and Grey-breasted Laughingthrushes.

Older than the Himalayas, the Western Ghats are a UNESCO World Heritage site and one of the world’s most significant biodiversity hotspots, with a very high level of endemism. Despite being just 6% of India’s land area, the Western Ghats hold more than 30% of all bird, mammal, reptile, amphibian, fish and plant species. Nearly 40 bird species are endemic here, with several more only found in Sri Lanka otherwise. Nilgiri Woodpigeon, Sri Lanka Bay Owl, Malabar Trogon, Sri Lanka Frogmouth, Black-and-orange Flycatcher, Wayanad Laughingthrush, Nilgiri Thrush and Nilgiri Pipit are some of the more desirable target species. Endangered mammals such as Lion-tailed Macaque, Nilgiri Tahr and Nilgiri Langur are also unique to the region.

The entire region of South India covers the southernmost states of Kerala, Tamil Nadu and Karnataka, as well as Andhra Pradesh and Telangana, and the popular west coast state of Goa. The islands of Andaman & Nicobar in the Bay of Bengal, officially part of East India, as well as Lakshadweep in the Arabian Sea, are included here as they are often visited on a southern India tour. For the best possible selection of endemic birds, and all-round experience of the region, we recommend the Western Ghats Endemics tour.

This tour focuses on the endemic birds of the Western Ghats of South India, one of the 36 global biodiversity… →

This tour is a special exploratory tour concentrating on the Nicobar Islands, Great Nicobar in particular. Only in recent years… → 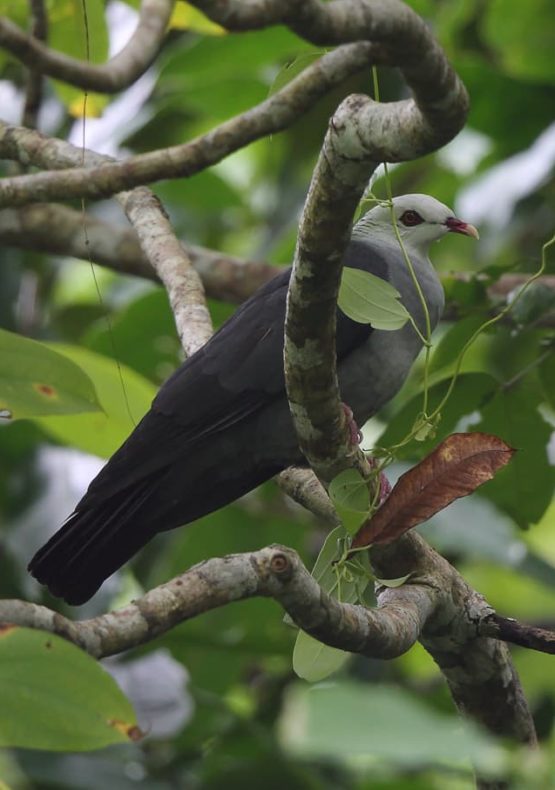